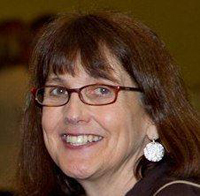 Margaret Henkels has worked in clay for many years. She began with aspirations to become a functional potter, later collaborated with Clinton Smith on a line of decorative ceramics and now produces hand built sculptures that reflect her preoccupation with both architecture and landscape, as well as a fascination with the art of everyday objects.

After growing up in the Boston area, Margaret lived in New York City, where she taught ceramics at Baldwin Pottery and Riverside Church Arts and Crafts. She became the first Marketing Director at Women’s Studio Workshop in the Hudson Valley in the late 80s and started the clay program there. A career in fundraising followed a move to Austin in the early 90s. Margaret recently retired from the staff of Environmental Defense Fund.